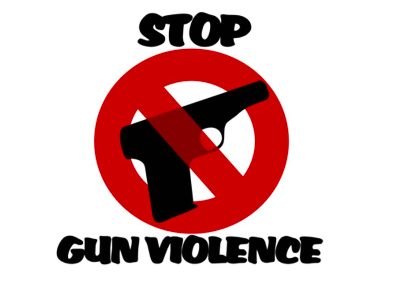 Did you catch the 60 Minutes segment last night on what makes the semi-automatic AR-15 the weapon of choice for mass shooters? AR-15 ammunition travels up to three times the speed of sound. “The bones aren’t going to just break, they’re going to shatter. Organs aren’t just going to tear or have bruises on them, they … are going to be destroyed.”

Variations of the AR-15 were used to kill at a Texas church, a Las Vegas concert, Marjorie Stoneman Douglas High School in Florida, Sandy Hook Elementary School and last week a Pittsburgh synagogue.

Dr. Peter Antevy, a first responder at the Marjorie Stoneman Douglas school shooting where 17 children were murdered, said that since the Sandy Hook massacre there has been a national campaign to equip all rescue units with Active Killer Kits used on battlefields in war zones, because these weapons of war are being used in our neighborhoods here at home.

Peter Antevy: The day after the shooting, my kids, they’re waking up, and they’re “time to go to school.” And, my son heard kind of heard what happened the night before, when I was on the scene, and he looked at me with the fear of God that he had to go to school that day. My first instinct was, “He needs a bleeding kit.” My son today has a bleeding kit on his person.

Scott Pelley: How old is he?

Scott Pelley: You believe that these mass casualty events have become so common –

Scott Pelley: – that it is important for everyone in this country to be prepared.

Scott Pelley: That’s where we are in America today?

Peter Antevy: That’s where we are.

I hope you find this as disturbing and shocking as I do. So much so, that if you haven’t voted yet, or were thinking of not voting, you get out and vote, it does matter. Share this list of candidates committed to keeping our children, families and communities free from to gun violence with your friends, families, peers and colleagues. Honor all gun violence victims and survivors with a vote.

Our children are counting on us. #OurOneJob is to keep them safe. Elections have consequences, let’s make them good ones.