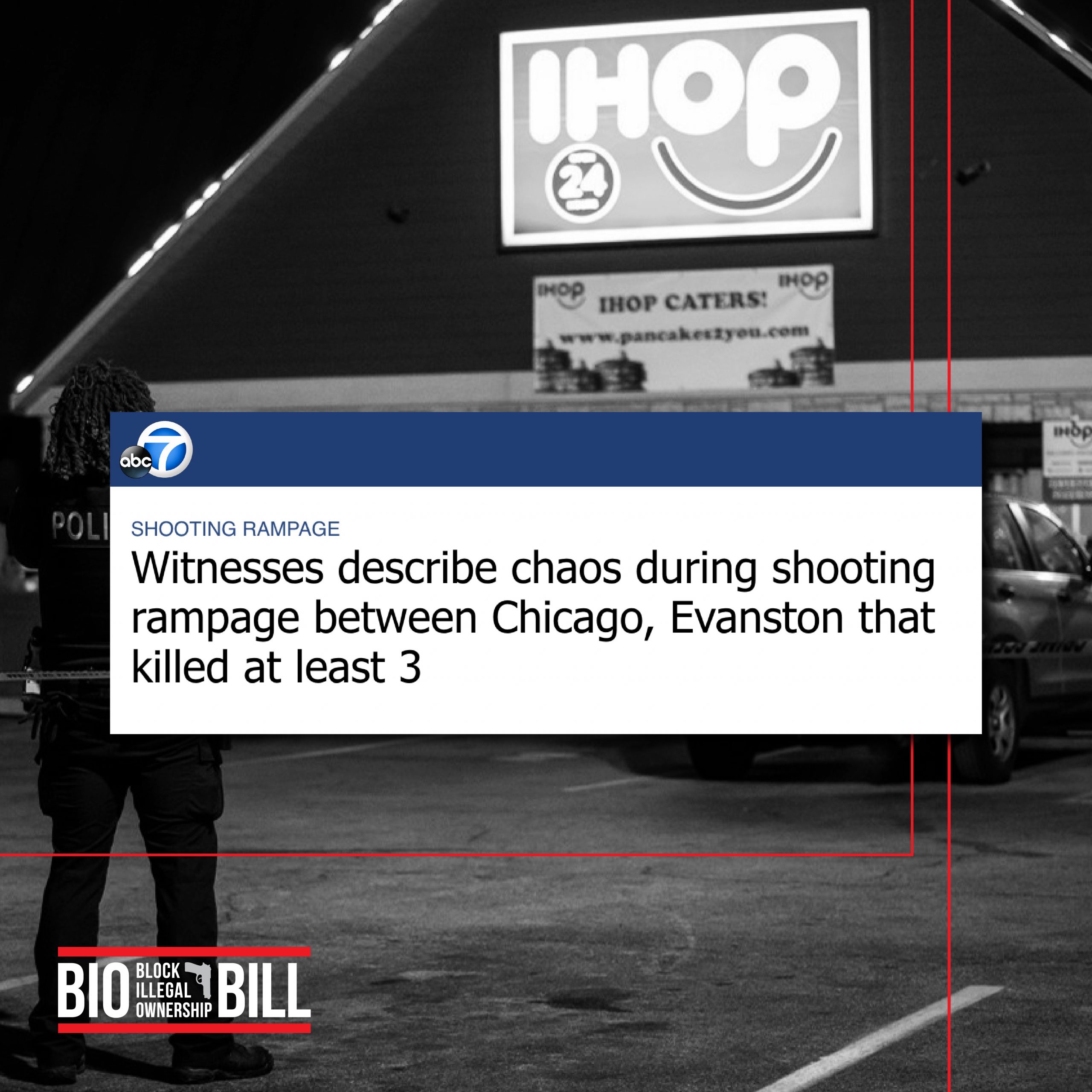 Gunman armed with an illegal firearm took off on a shooting rampage through the city and suburbs in Illinois’ latest mass shooting.

Today we mourn as communities across our state pay the price of weaknesses in Illinois current law that allow dangerous people to obtain and keep guns. On Saturday, eight illinoisans between the ages of 15 to 81 were randomly shot in their communities as they went about their daily lives, shopping at the grocery store, riding in the car, and at their job.

Before committing his heinous shooting spree, the shooter posted alarming videos to social media where he said “I’m going to blow up the whole community” and waved a gun. Records indicate he was convicted of drug possession, theft, aggravated assault and domestic violence, criteria which make it illegal for him to obtain or keep a weapon. According to Illinois State Police, there are at least 37,000 more people who, like the shooter, have had their FOID cards revoked because they are deemed too dangerous to own a gun. This means that there are 37,000 more potential lethal threats to the safety of children, families and communities.

In the wake of this tragedy, I implore the Illinois Senate to take action NOW and pass SB1966, the BIO Bill to Fix the FOID in lame-duck session to keep children, families, and communities safe. While SB1966 has been stalled in the Illinois State Senate, Illinois has experienced record levels of gun violence fueled by illegal guns that have led to at least 7,752 Illinoisans shot and has claimed the lives of more than 100 children just this year.

SB1966 will remove guns from people prohibited from owning them and make critical mental health investments in the communities that are most devastated by Illinois’ gun violence epidemic. We owe it to all victims including – Yiran Fan, Anthony Faulkner, Aisha Johnson who were lost in this past weekend’s tragic massacre – of gun violence and their families to honor those lost with action.

The Illinois Gun Violence Prevention PAC (G-PAC) is a non-partisan political action committee that was founded by survivors to counter the political influence of the gun industry and their lobby in Springfield, Illinois.