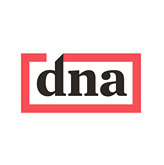 Residents said the block is mostly peaceful, save for the house where the shooting occurred.

LOGAN SQUARE — Someone opened fire on a family standing outside a house party in Logan Square Monday evening, hitting a 6-year-old girl in her back and leaving her in critical condition.

Around 8:10 p.m., the girl was outside the party in the 2100 block of North Bingham Street when someone drove up and fired multiple shots out their window before fleeing, according to Officer Hector Alfaro, a Chicago Police spokesman.

One witness said she heard as many as nine shots.

“I was inside alone, and I heard people driving up and then, boom boom boom boom!” said Ana D-J, who declined to say her full last name. “Then everyone started screaming. I went out and saw a little girl on the ground bleeding, and someone picked her up. Then I screamed too.”