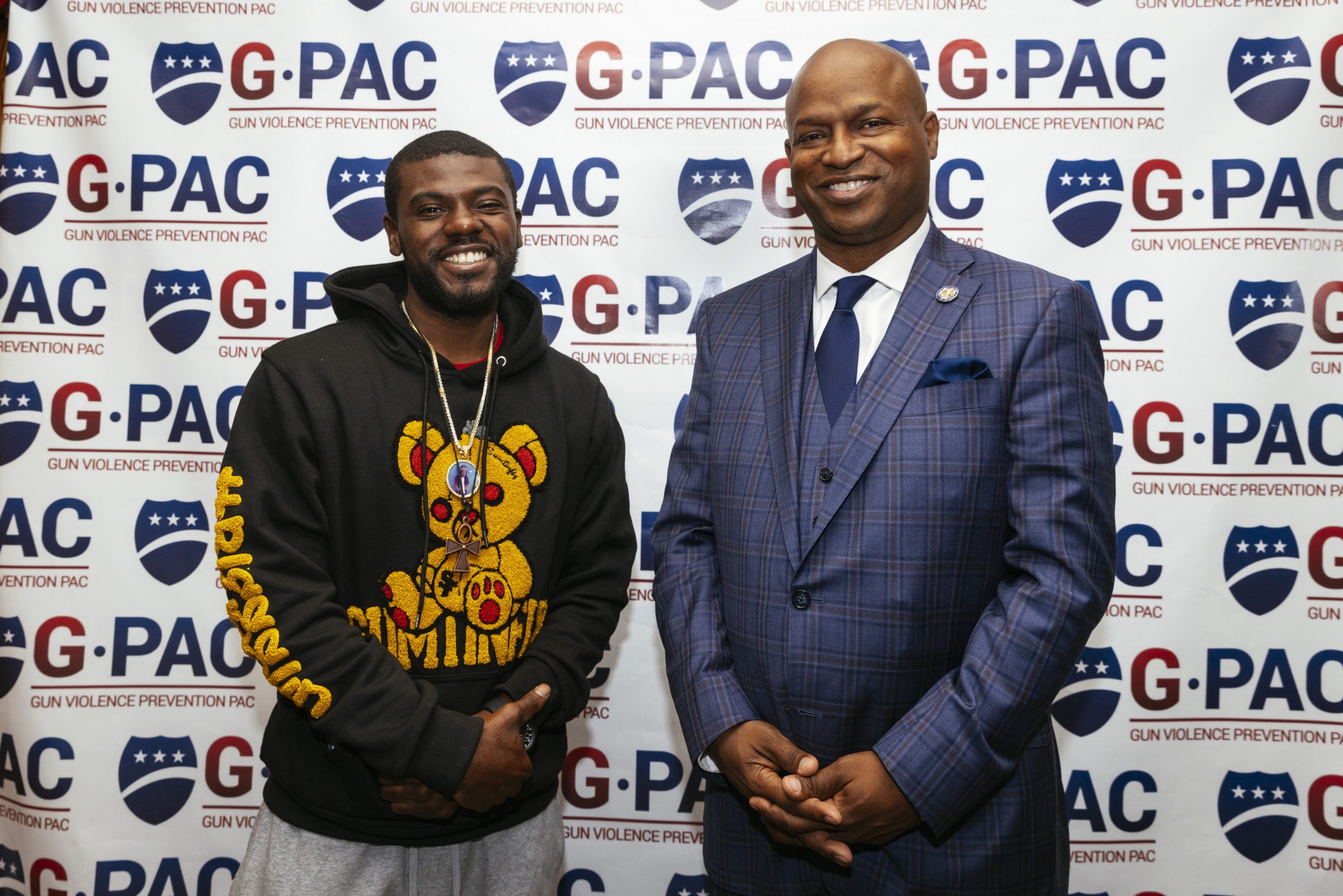 Thank you to those of you who were able to join us and support G-PAC’s Profile in Courage Award Ceremony this past Monday at Gibson’s Italia. Your continued support and partnership are what propels us in our work and mission.

This year’s event was particularly special as G-PAC celebrated a historic legislative win by passing the Fix the FOID and Block Illegal Gun Ownership bill. We were proud to honor Speaker Emanuel “Chris” Welch with our Profile in Courage award after his heroic leadership in passing this life-saving legislation and for his ongoing dedication to prevent gun violence throughout our city and state.

Additionally, we were proud to present this year’s Tommy Vanden Berk Award to Tyrese Jackson, a young man who has suffered from many traumas in his life including the loss of his brother to gun violence earlier this year. Although he has endured so much pain, his intelligence, strength, and determination have steered him to remain on the path of success. It is an honor to support Tyrese on his journey to better himself, his peers, and his community.

Thank you for all you do,