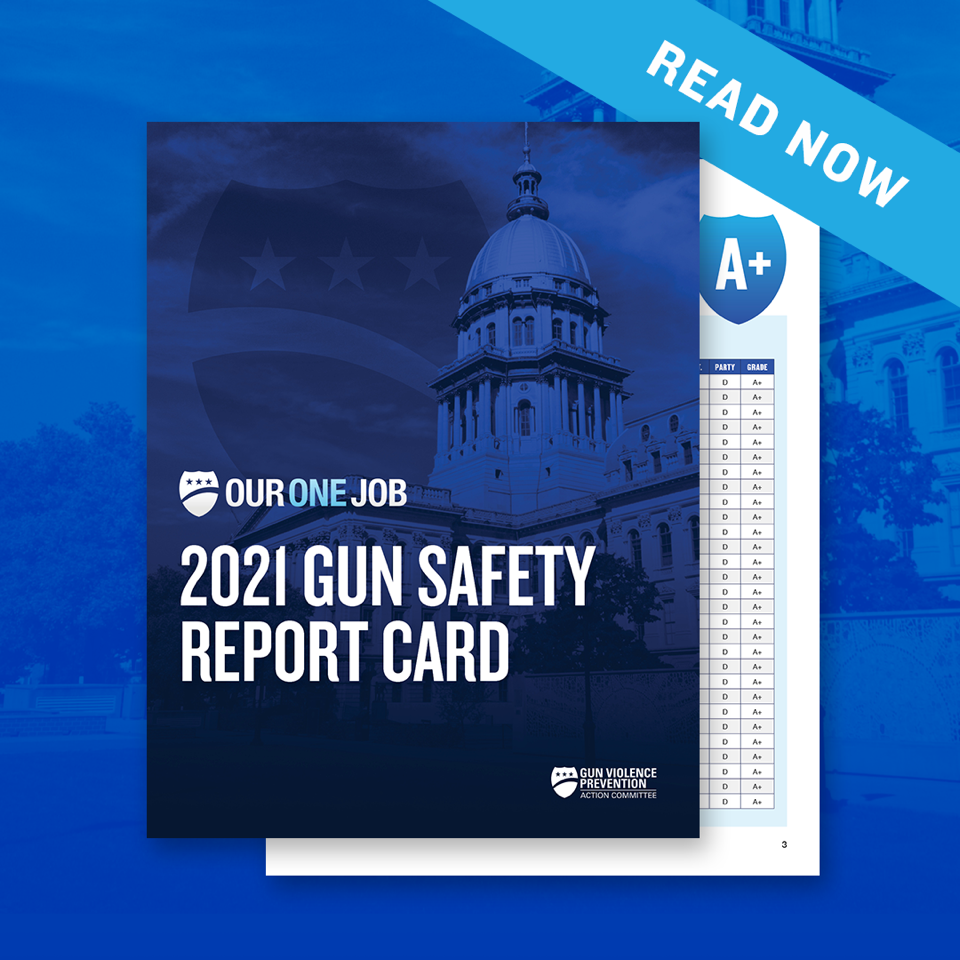 Today we launched a critical new tool in our fight to end gun violence, the 2021 Gun Safety Scorecard. For the first time, we have assembled a report card designed to show the constituent (you) how your legislators voted on life-saving public safety measures. The Gun Safety Report Card is the culmination of the work of survivors and supporters like you who have advocated tirelessly for measures that will keep children, families, and communities safe from gun violence.

Over the last two years, Illinois’ epidemic of gun violence fueled by illegal guns has escalated and our public safety has paid the price. That is why this session we worked with legislators of both parties in Springfield to pass the Block Illegal Gun Ownership (BIO) and Fix the FOID Bill to address the sources of guns that are destroying communities. Included in this landmark legislation are:

The BIO bill and the other legislation on the Gun Safety Report card are vital to achieving an Illinois where children, families and communities can live without the fear of gun violence. As we move into an election year where every seat is on the ballot, we want you to know who is fighting for a safer Illinois and who is voting with the corporate gun lobby.