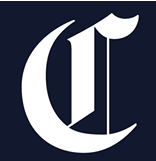 More than 50 people were shot, eight fatally, over the Mother’s Day weekend, the most violent weekend in the city since the end of September, according to a Tribune analysis. …

So far this year, at least 1,225 people have been shot in Chicago as violence continues at a pace not seen in the city since the 1990s, according to data kept by Tribune and police.