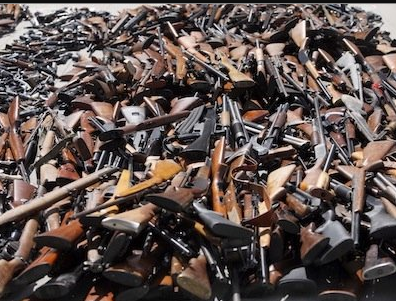 At the close of the weekend, Illinois racked up 4245 shootings, including 5 people in a single location in Fernwood where 4 have died.

Thousands of guns are making their way into a secondary illegal market and onto our streets. Lawmakers in Springfield are sitting on a bill that would give Illinois the ability to encourage better business practices among gun dealers and hold corrupt dealers accountable.

Instead, a senator who has lost his job is attempting to push a bill through the upcoming lame duck session allowing conceal and carry of silencers, putting innocent bystanders, unintentional victims and law enforcement in harm’s way. What a despicable idea at a time when gun violence is at an all time high.

It’s time to hold our lawmakers accountable for the blood running in the streets. Show your outrage and call our senate leadership to oppose SB 206 allowing silencers: President John Cullerton at 773-883-0770 and Leader Radogno at 630-243-0880. Don’t stop the calls until the bill dies. I will keep you up to date.

I think we all have had enough.

To Keep Us Working, Donate Here.