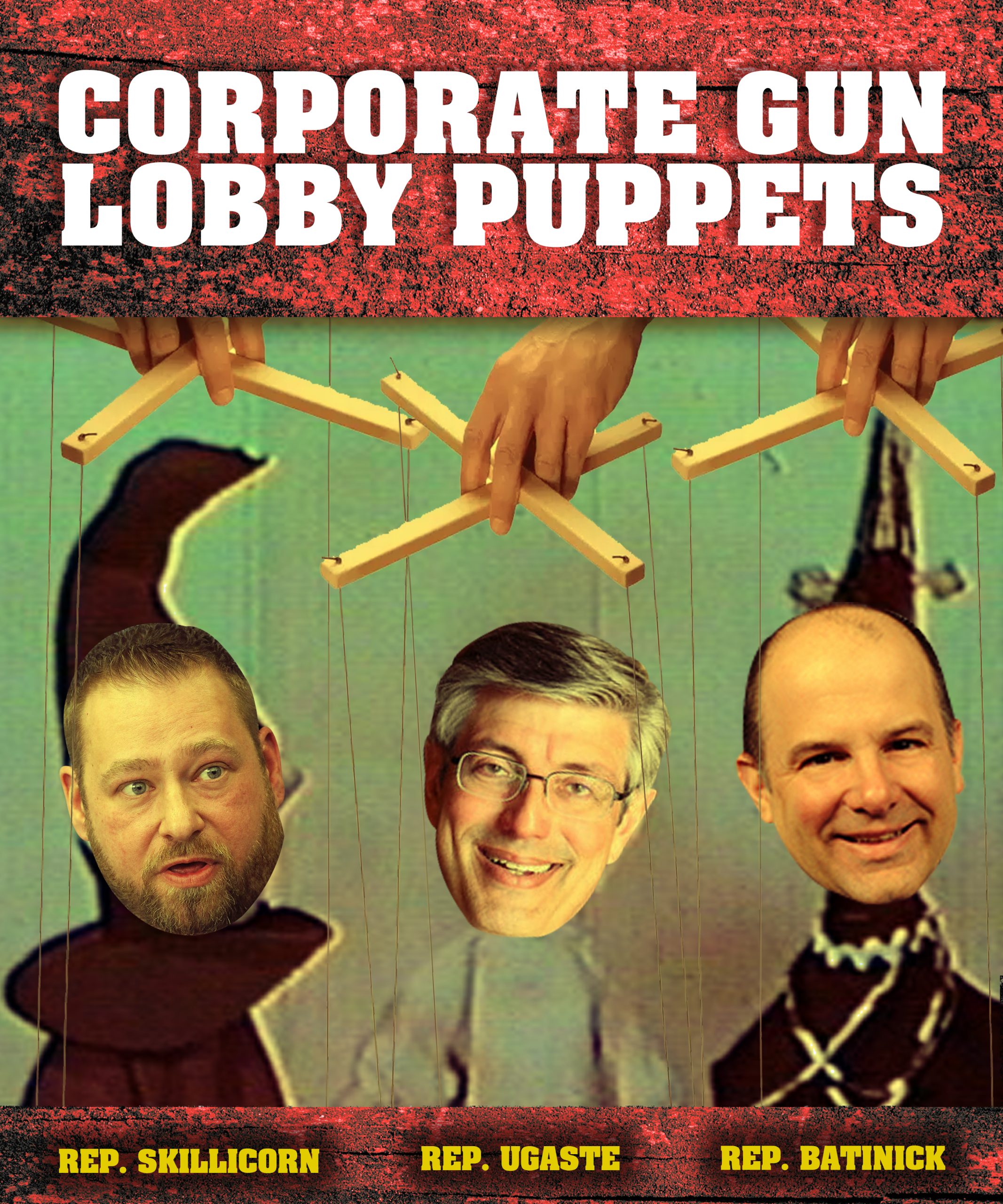 Chicago is experiencing its most violent September in more than 25 years with shootings up 51%. Now President Trump has nominated an NRA-supported judge with dangerous and extreme views on guns to the supreme court where she may strike down many of our gun safety laws that prevent guns from falling into dangerous hands and into the illegal market.

Who benefits the most from record gun violence? The Ring of Corruption members, the NRA, and its paid for political puppets. Together, they spent  30 million dollars to elect President Trump and politicians in Springfield to line their pockets instead of keeping our children and communities safe from gun violence.

Even as gun violence continues to be the leading cause of death for children in Illinois and illegal guns destroy families in Black and Brown communities, the Ring of Corruption and their bought and paid for gun lobby puppets in Springfield work to block critical public safety legislation. In just three weeks, we have the opportunity to fight back against the Ring of Corruption’s influence in Springfield by electing a Gun Safety Majority in 2020. Please support G-PAC’s work to end gun violence in Illinois today.