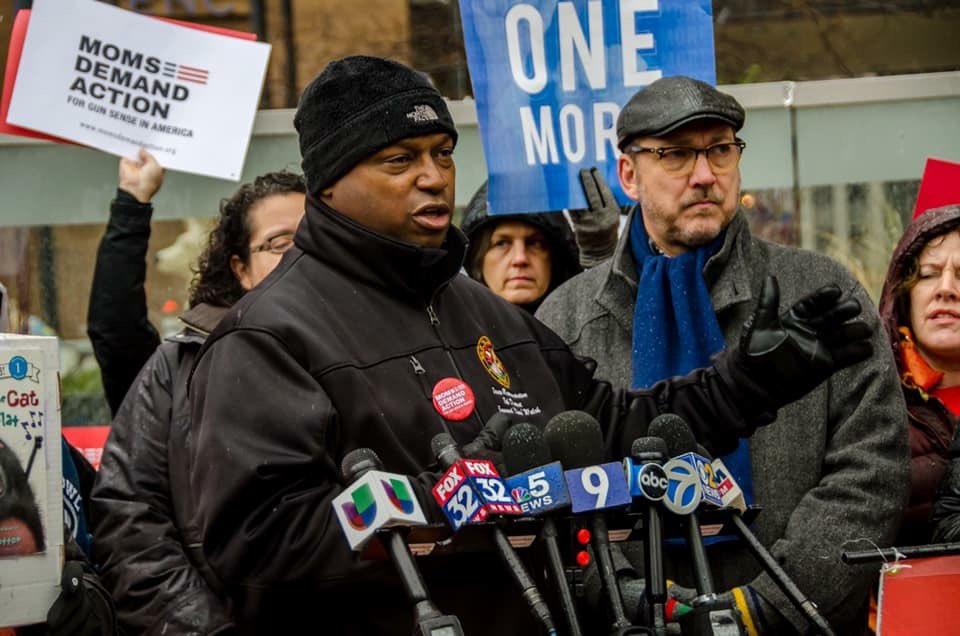 Chicago, Illinois  – A coalition of organizations supporting stronger gun safety laws recently sent a letter to Speaker of the House Emmanuel “Chris” Welch urging the passage of HB 562 through the House after the Senate passed the legislation. The letter of support was sent as more Illinoisans were killed by gun violence, including a mass shooting in Englewood early this morning and a mass shooting in Chatham over the weekend that wounded ten and claimed the life of Kimfier Miles, a mother of three in “the prime of her life.” It also follows a study released last month that ranked Illinois fifth in black homicides, more proof that gun violence is a major equity issue.

We, the undersigned organizations, comprised of millions of gun violence prevention advocates, survivors, policymakers, public health professionals, attorneys, as well as tens of thousands of Illinoisians, write to you to state our collective support for House Bill 562, which will address and prevent gun violence by expanding background checks to all gun sales in Illinois, invest $9 million for mental health programs in the communities most impacted by gun violence, allow Illinois State Police (ISP) to remove guns from people with revoked Firearms Owners Identification (FOID) cards who have not surrendered their weapon, and other life-saving measures. We thank you and your chamber for your support of gun violence prevention to date and we urge you to support this bill to further protect the lives of people in Illinois.

Gun violence is a public health crisis, impacting far too many Illinoisians. In 2019, nearly 1,400 Illinoisians died from gun violence, 58% of which were homicides and 40% of which were suicides. That same year, 179 children and teens were killed by a gun – more than the number of legislators in the Illinois General Assembly. These deaths are preventable, and there is a large body of research showing that gun violence prevention policies, including universal background checks with strong firearm licensing systems and firearms restraining orders, are effective in reducing gun deaths and injuries.

Easy access to firearms is associated with an increase in firearm suicide, homicide, and unintentional injuries. Research has consistently shown that states with stronger gun laws have lower rates of gun violence. The undersigned organizations are concerned about recent increases in gun violence across the state. HB 562 provides critical protections and meaningful resources to those most impacted by gun violence in Illinois.

Some of the key components of the bill are as follows:

We believe that passing HB 562 will be a critical step in keeping people safe from gun violence by preventing individuals who would be illegal firearm purchasers from accessing guns. Passage of this life-saving bill must be a priority of the legislature.

As such, the undersigned organizations urge you to pass HB 562.

March for Our Lives