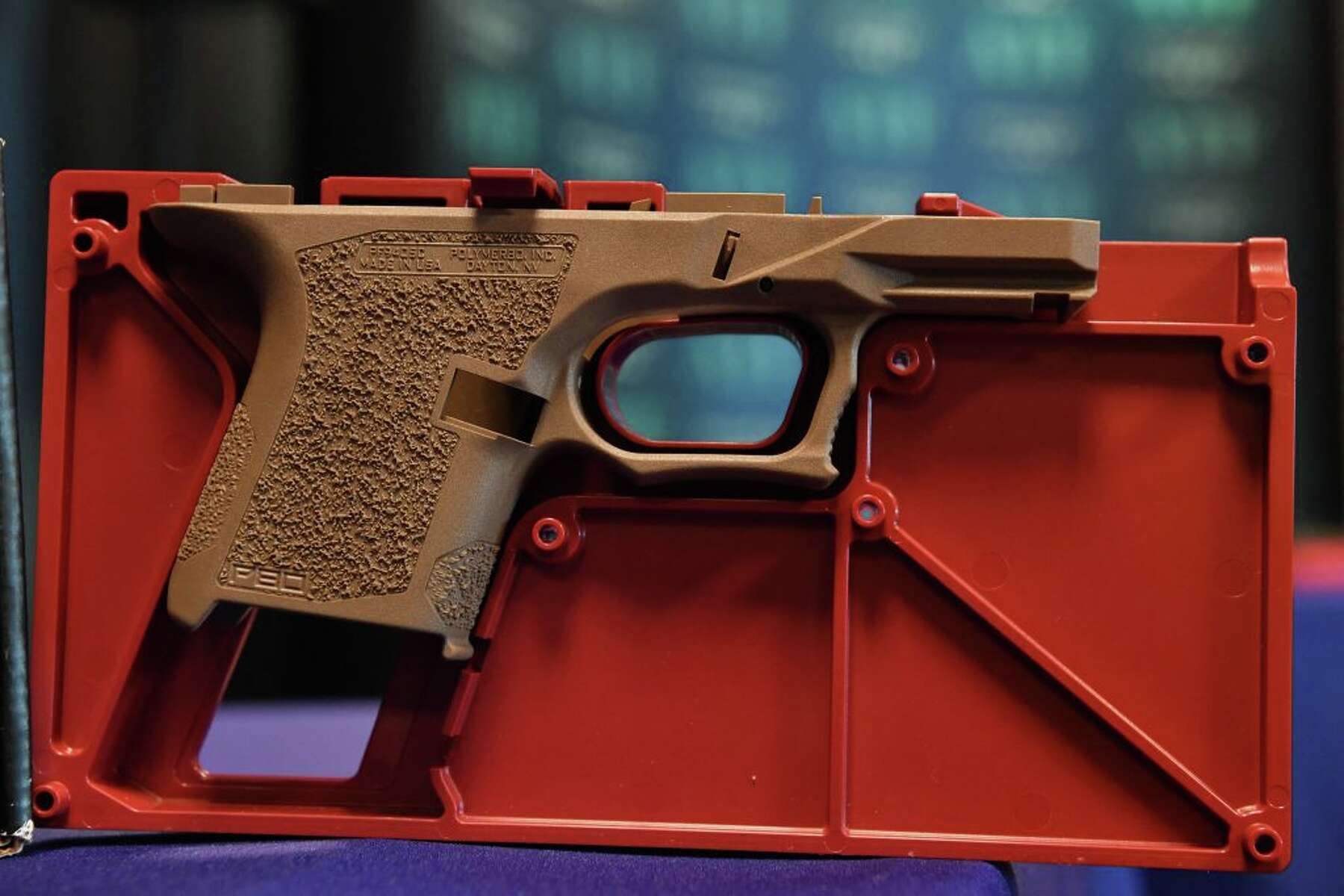 CHICAGO – Life-saving legislation pushed by survivors and advocates, including the Gun Violence Prevention PAC (G-PAC), was signed into law today by Governor JB Pritzker, making ghost guns illegal in Illinois — the first state in the Midwest to take such action.

“The people creating, selling, and purchasing these firearms know that they’re working to circumvent common-sense gun laws that ensure guns stay out of the hands of traffickers, abusers, and convicted criminals,” said Governor JB Pritzker. “We are seeing these unseralized guns being built in basements by those who should never have had access to such dangerous weapons and then used to commit heinous crimes, and it must be stopped to keep Illinoisans safe.”

“Working closely with survivors and advocates we were able to pass this life-saving measure during the end of this year’s legislative session,” said Kathleen Sances, President and CEO of G-PAC. “This group effort shows the strength of our organization and the importance of taking urgent, consistent action to reduce gun violence and save lives. Now with Governor Pritzker’s signature today Illinois will become the first state in the Midwest to make ghost guns illegal. Combined with our recent efforts to crack down on unlicensed gun dealers and block illegal gun ownership, Illinois will now have one of the most comprehensive gun violence prevention efforts in the nation. I want to thank our elected leaders, our 200+ coalition partners; national advocates like Brady United, Everytown, Giffords and Moms Demand Action; the grassroots advocates who power this movement; and survivors like Delphine who have experienced tremendous tragedy, yet fight the good fight every single day.”

“The pain of losing my two children never goes away, but it also motivates me to take action to advocate for laws to stop the senseless and preventable gun violence that destroys too many  families and communities,” said Delphine Cherry, founder of the TY Foundation (Tender Youth), mother, survivor and advocate. “I am proud to be here today to see Governor Pritzker sign a bill into law that bans ghost guns immediately and it requires existing ones to be serialized and traceable. It breaks my heart to see other mothers go through what I have. I have a message for them: be strong and know that you have an entire city and community of survivor parents behind you.”

With the Governor’s signature, Illinois has become the twelfth state to enact a law to protect residents from ghost guns. The newly passed law protects Illinoisans by ensuring that:

“Illinois continues to lead the Midwest in substantive gun violence prevention solutions, this historic law banning ghost guns is just the latest example,” said Brady President Kris Brown. “Ghost guns continue to threaten Illinois families and communities, but today the state will have new tools and recourse to stop the proliferation of these dangerous weapons. The state’s commitment to preventing the gun violence that affects all Illinois residents, and Black and Brown residents especially, is an example for the region and the country. Brady thanks the legislature for prioritizing this important bill and Gov. Pritzker for supporting and signing it into law. It will save lives.”

“Ghost guns present a clear and present danger to national security and public safety,” said Sean Holihan, Giffords State Legislative Director. “These do-it-yourself firearms are increasingly being used to commit violent crimes and, because they are untraceable, they make law enforcement’s job to begin and close an investigation incredibly difficult. Governor Pritzker and leaders in Chicago and Springfield like Speaker Welch, President Harmon, and the Gun Violence Prevention PAC (G-PAC) have shown they aren’t afraid of the gun lobby and are leaders in reducing gun violence.”

“Ghost guns pose an increasingly grave threat to public safety in Illinois and across the country. These untraceable weapons have been sold by profit-hungry companies seeking to evade the most basic gun safety laws, and they are making up a greater and greater share of the illegal gun market,” said David Pucino, Giffords Law Center Deputy Chief Counsel. “We are grateful to Senator Collins and Representative Buckner for championing this critical legislation, and to Governor Pritzker for signing it into law. This bill will help stop the proliferation of ghost guns and make Illinois safer.”

“Ghost guns are one of the fastest-growing public safety concerns facing our state, and the threat they pose requires immediate solutions,” said Maria Pike, a volunteer with the Illinois chapter of Moms Demand Action. “This bill will be instrumental in helping law enforcement keep our communities safe, and today’s signing is a crucial step towards addressing Illinois’ gun violence crisis. Governor Pritzker continues to demonstrate his commitment to public safety, and we’re proud to stand alongside him today as he signs this critical gun safety legislation.”

Ghost guns make up a growing percentage of gun violence across the country, which has claimed more than nine thousand lives so far this year. Chicago police confiscated 455 ghost guns in 2021 (more than twice as many as in New York City), and more than 40% of guns recovered by California ATF officers in 2020 were ghost guns.

“Untraceable guns are a rapidly growing threat to our communities and law enforcement,” said House Speaker Emanuel “Chris” Welch. “I’m proud to see Illinois become the first state in the Midwest to ban ghost guns, and to keep these weapons out of the hands of dangerous criminals.”

“Cracking down on unregistered firearms is an essential step to putting an end to the epidemic of gun violence in our state,” said State Representative Kam Buckner (D-Chicago). “Make no mistake, the only people who need their guns to be untraceable are people planning to commit crimes. These ruthless, calculated shootings cannot continue. I thank the Governor for his leadership in the effort to make our communities safer by signing this all-important bill into law.”

“With fatal gun tragedy always on our heels in today’s society, it is extremely important –now more than ever –that our state address one of its deadliest public safety concerns,” said State Senator Jacqueline Y. Collins (D-Chicago). “With this law banning ghost guns and recent investments in our communities, Illinois families are one step closer to having safer environments.”