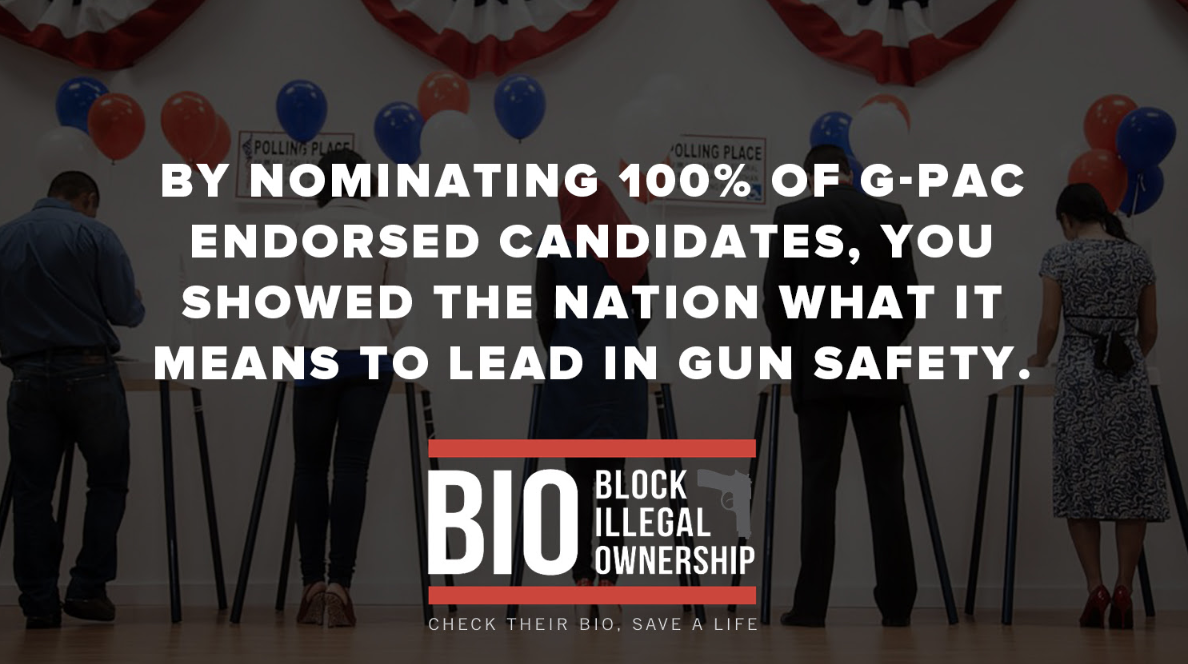 Illinois, you stepped it up in the primary election.

To all of the voters who showed up to the polls in the midst of a national health crisis to nominate candidates who will keep illegal guns off of our streets – I applaud you.

Together, you cast your votes and nominated each and every one of the 18 democratic candidates that G-PAC with Giffords endorsed for their leadership in gun violence prevention. 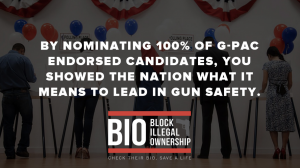 You recognized that now, more than ever, we need representatives who are willing to take a stand and push to pass meaningful legislation — like The BIO (Block Illegal Gun Ownership) Bill, which will fix Illinois’s broken FOID card system to keep Illinois safe.

Today, we are asking you to step up once again, during a critical hour.

As the state grapples with the nation’s COVID-19 pandemic, the Illinois legislature is considering a shortened session with a small package of prioritized bills. Keeping Illinois safe from gun violence must be a priority.

The House passed it last year. Now it’s the senate’s turn. Please take two minutes to urge your State Senator to call a vote for SB1966.

Once again, congratulations to all our endorsed candidates:

Fighting gun safety takes courage. Elections have consequences and we will count on you to be with us in November.