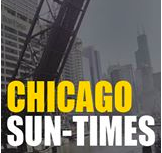 Vernadette Taylor moved to West Englewood’s 6700 block of South Winchester more than 30 years ago with her husband, son and daughter.

In the last year and a half, three shootings on her block have left one man dead and 10 others hurt. …

The 28-year-old man killed on her block Monday night helped push Chicago past a miserable milestone as he was one of more than 600 homicides the city has seen so far this year — a 24 percent uptick compared to the same time last year, not to mention about 100 killings more than the homicide totals in New York and Los Angeles combined this year.

Nonfatal shootings also are way up citywide. As of last week, more than 2,100 people had been wounded this year and survived, compared with about 1,400 people shot in the same time period in 2015.

“It wasn’t always like this,” Taylor said Tuesday. “Within the last two or three years it’s gotten to be almost like you’re in the middle of a war zone.”