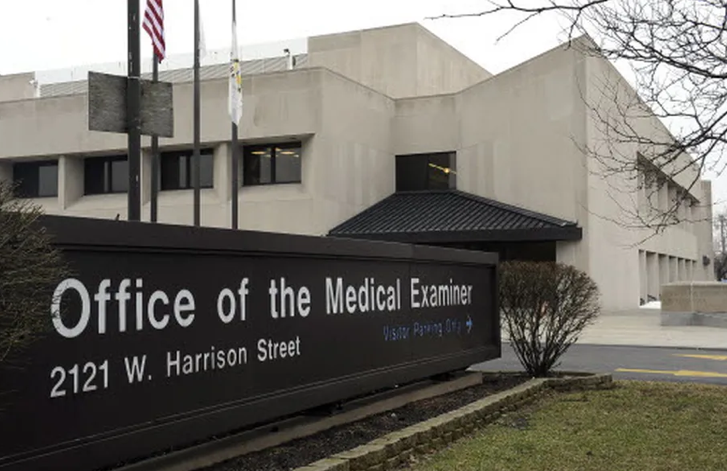 With a month left in the year, Cook County has logged more than 1,000 homicides for the first time in 27 years.

As of Tuesday midday, the medical examiner’s office had recorded 1,009 murders — 100 more than this time last year.

The youngest person killed was a 1-month-old boy, the oldest an 84-year-old man. More than half the people murdered were under the age of 30.

Black people made up 81 percent of homicide victims and Latinos made up nearly 15 percent, the medical examiner’s office said.

More than three-quarters of the homicides this year — 777 — have been in Chicago, where murders and shootings are both above all of last year, according to city data. Like the county, the city has not seen such levels of gun violence since the early and mid-1990s.

All of the suburban homicides this year were to the south and west, with Harvey recording 30, nearly twice as many as the next highest suburb, Maywood, with 16.

Using the latest 2020 census data, Harvey’s homicide rate is almost five times higher than Chicago’s, with 14.8 murders for every 10,000 residents compared to Chicago’s 2.8. Maywood has a homicide rate of seven per 10,000.

Harvey Mayor Christopher Clark blamed the high number of homicides on problems within the police department.

“That’s why we have made major structural changes in the police department,” Clark said, “including putting more officers on patrol instead of behind desks, launching a nationwide search to bring in fresh leadership, equipping our officers with additional training, tasers and body cams.

“We are all sickened by the number of homicides that have happened in Harvey this year,” he said. “Our community deserves much better.”

THIS ARTICLE WAS ORIGINALLY PUBLISHED BY THE CHICAGO SUN-TIMES AND CAN BE FOUND HERE.