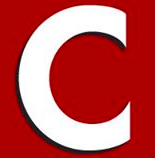 If you go to a store and drop an expensive piece of crystal, the rule is the same the world over: you just bought it, pony up.

That’s pretty much my sentiment about how Gov. Bruce Rauner is promising some new and improved plan now that his veto of a bill to begin state licensing of gun dealers has been sustained.

You own it, governor. For likely political reasons, you knocked off a good if imperfect bill that police departments all over Chicago desperately wanted to keep guns out of the hands of bad guys, guns that are used in murders and rapes and stick-ups. Now it’s up to you to present a replacement that does the same thing, or pay the price with hundreds of thousands of moderate suburban voters who really do care about this issue.

For years, police officials in Chicago and other areas have been complaining that a large share of the guns seized after crimes here come from just a few shops, some in the state and some across the line in Indiana. Those shops are licensed and regulated by the federal government, but there are few agents and lots of dealers. And all of those people report to President Donald Trump, who is focused on pleasing his base, particularly rural and semi-rural blue-collar folks for whom the thought of having any limits on their ability to buy the gun of their choice is a virtual death sentence, one that would leave them undefended against an evil world.

So, after several years of trying, the Democratic-dominated General Assembly actually passed a bill. It would have required state licensing of anyone who sells or leases at least 10 firearms a year, with mandatory training of sales personnel on how to do background checks and prevent strawman purchases by a person acting as an agent for someone else. There would be a licensing fee of $1,000 for every five years. And local sheriffs would have had to approve each license in their county.

The bill draw support from a wide range of officials, from Chicago Police Supt. Eddie Johnson to Cardinal Blase Cupich, who urged Rauner to immediately sign it into law while work continued on other matters. Instead, Rauner vetoed it.

Duplicate licensing rules “do little to improve public safety,” Rauner said in his veto message. “Such narrowly focused legislative responses make for good political cover, but they do little to stop the illegal flow of guns into Illinois or prevent people from committing thousands of crimes in our state each year with illegal guns,” he added.

The veto came not many weeks or months after passage, as is usually the case when Rauner deals with legislation, but shortly thereafter, on March 13, just days before the primary election in which Rauner was running for his political life against conservative challenger Jeanne Ives. If you think the timing is just a coincidence, I have a lovely bridge in Brooklyn to sell you.

In the months since, Democrats have been trying to round up the votes for an override. But sponsors had trouble, because downstate Democrats love their personal pieces almost as much as Republicans. The deadline for an override effort was yesterday, when the chief sponsor of the bill, Sen. Don Harmon of Oak Park, pulled the plug, saying he had adequate support in the Senate but not the House.

Harmon also said he’s making some progress with suburban Republicans on a slightly modified version of the bill. We’ll see if things work out.

Meanwhile Rauner, who in his veto message promised to roll out a comprehensive anti-violence package within days, released a statement late yesterday saying a detailed plan will be issued, um, soon. Real soon.

The statement: “All any father or mother really wants to know is that their family is safe. We need to focus on illegal gun trafficking, school safety, how to best keep guns out of the hands of criminals and the mentally ill. These are bipartisan issues that we are working on collaboratively in our Public Safety Working Group to drive real solutions.”

Team Rauner also suggests Democrats are looking for an issue more than a solution, or they would have passed a bill to ban bump-stocks that Rauner favors. State Sen. Kwame Raoul, D-Chicago, has a different take: The bill was watered down by Republicans, but Senate Democrats in the next two days will repass the original bill and send it to the House.

Only an idiot won’t admit that Democrats indeed think they have an issue here. And they’ve made some mistakes themselves, notably the failure of Supt. Johnson’s department to flag people it believes are mentally unfit to carry firearms under state law.

But that doesn’t change the fact that Illinois was about to get a law that would have helped, and Rauner killed it. Any number of things in this world are regulated by both the state and the Feds. That apparently was not convincin’ to our Harley ridin’, big talkin’ state chief executive.

I’ll wait to see what else he rolls out. Meantime, there’s no doubt who wears the jacket for this particular failure of government.