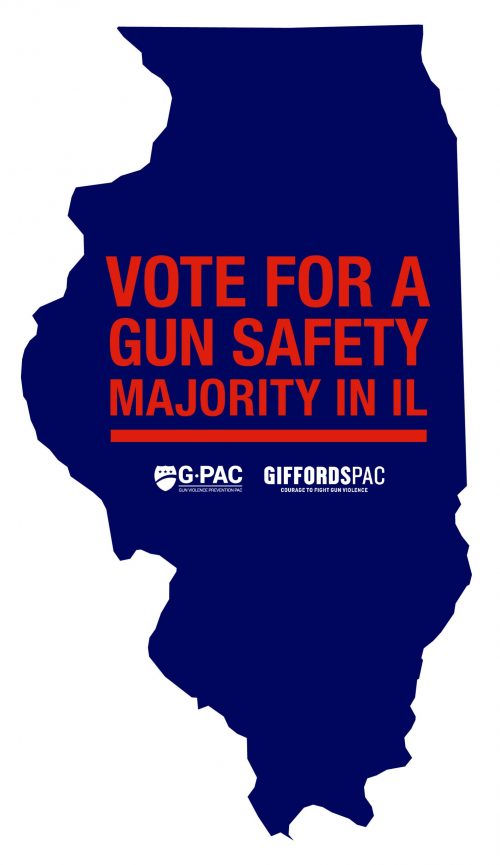 Amid historic rates of gun violence, we must elect legislators willing to pass policies to keep our children, families, and communities safe from gun violence.

Each of these gun safety candidates has demonstrated a strong commitment to gun violence prevention policies that stop the flow of illegal guns and make Illinois communities safer. The general election on November 3, 2020 will be one of the most historic elections of our lifetimes as we will have the opportunity to elect candidates committed to ending the epidemic that is the leading killer of Illinois children and adolescent Black males: gun violence.

“G-PAC Illinois is proud to endorse its most diverse selection of candidates ever for the November 3, 2020 General Election – all of whom are committed to ending our state’s gun violence epidemic. When elected, these candidates will work to defeat the corrupt NRA agenda that puts profits before lives while we continue to lose our children to preventable and senseless gun violence. We look forward to having elected officials that prioritize policies that save lives and block the flow of illegal guns into our communities,“ Kathleen Sances, President and CEO of Gun Violence Prevention PAC.

New to their political program for 2020, the organizations are focusing on races that will add to or protect a gun safety majority in Springfield. The priority races are:

Statement from Former Congresswoman Gabrielle Giffords, co-founder of Giffords: “Illinois made great progress in saving lives because of the determination of gun safety champions from across the state. Now is not the time to turn back. With a strong majority dedicated to addressing this crisis, Illinois will remain an example to other states in the fight to end gun violence. I am proud to stand with G-PAC and endorse today’s candidates for the Illinois State legislature. They have what it takes to stand up to the corporate gun lobby and be fierce advocates for safer communities.”

The Illinois Gun Violence Prevention PAC (G-PAC) is a non-partisan political action committee that was founded to counter the political influence of the gun industry and their lobby in Springfield, Illinois. G-PAC raises the resources necessary to protect and elect public officials who step up to fight the gun violence epidemic and work against those who don’t support keeping our communities safe.

Giffords is a nonprofit organization dedicated to saving lives from gun violence. Founded by former Congresswoman Gabrielle Giffords and her husband, Navy combat veteran and retired NASA astronaut Captain Mark Kelly, Giffords inspires the courage of people from all walks of life to make America safer.