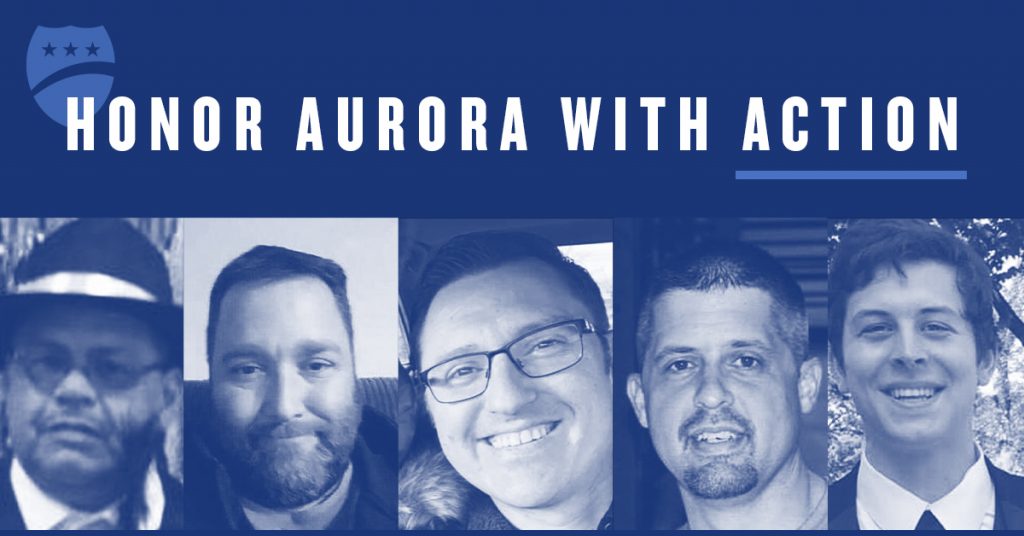 In their memories we pledged to reintroduce and pass the BIO (Block Illegal Gun Ownership) Bill to Fix the FOID, a bill that can save lives by closing the loopholes that allowed the Aurora shooter to obtain and keep his illegal gun.

In April 2019, we introduced the BIO Bill to close the glaring loopholes in Illinois gun laws that allowed the shooters at Mercy Hospital and Henry Pratt Company  to obtain and keep their illegal guns.The bill quickly passed the Illinois House but stalled in the State Senate, despite the almost 23,000 emails and 10,000 calls constituent advocates, like you, made to your legislators.

Here’s the bottom line: we are not giving up! We are more committed than ever to honoring gun violence survivors by making sure legislators hear our voices loud and clear until they prioritize our public safety instead of their politics – and pass the BIO Bill.

The BIO Bill, is based on research conducted by Johns Hopkins School of Public Health, Policies to Reduce Gun Violence in Illinois that provides evidence-based recommendations to reduce gun violence by:

Please join us in sending a clear message to Springfield that it’s time for legislators in both parties to put aside petty politics and act to save lives by passing the BIO Bill.