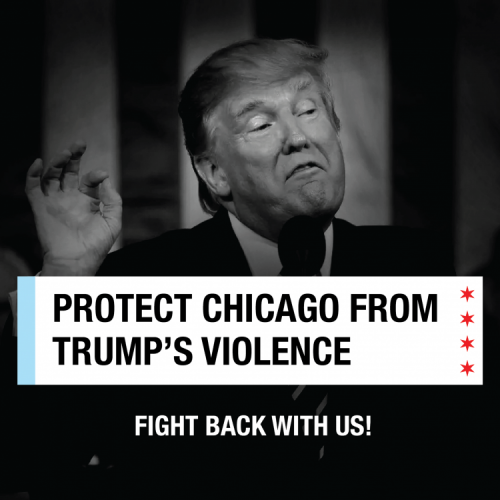 Illinois is in crisis, as each day we are met with tragic news of another shooting. Last night a mass shooting took place, where at least 15 were shot outside a funeral in Chicago’s Auburn Gresham neighborhood. This shooting comes after a weekend of  violence when 71 people were shot in Chicago, and 10 of those shot were children, including two boys just 10 and 11 years old. Meanwhile, in Peoria, 13 people suffered gunshot wounds amidst a shooting on the Riverfront. Schools, workplaces, funeral homes, public parks, and the streets of our communities are becoming the sites of deadly tragedies as the crisis of gun violence continues to wreak havoc across Illinois.

What’s President Trump’s response? Occupying our streets with federal troops and intimidating communities across Chicago. This isn’t even close to the answer to Illinois’ gun violence crisis.

The Trump administration has spent the last four years making our gun violence crisis worse by allowing the corporate gun lobby to set their agenda, but we know what we need to do. To solve our gun violence epidemic, we must prioritize investing in the communities that are continuously devastated by gun violence and pass evidence-based legislation that prevents illegal guns from flooding our neighborhoods and taking more and more lives each day. The Illinois State Senate has the opportunity to do just that by passing SB1966, The BIO Bill to expand background checks to all gun sales – but they need to hear from you.

Then SIGN and SHARE our petition to protect Chicago from Trump’s violence. We know more guns in the streets is not the answer. We must say ENOUGH and expand life-saving background checks to all gun sales by passing SB1966 the BIO Bill.

Thank you for taking action.