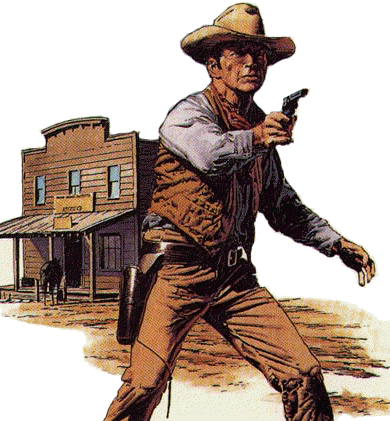 There’s a new administration coming to town and if we let our guard down, our communities could look like the wild, wild west. Here’s what’s in store:

The federal government has strictly limited the sale of firearm silencers since 1934. Silencers are the perfect accessory for a criminal who wants to conceal a crime. They are a threat to public safety and put bystanders and law enforcement at risk. If restrictions are lifted, it will be a matter of time before they make their way into the illegal market. Removing restrictions on the sale of silencers is a gun lobby priority at the national and state and levels.

Washington, D.C.:
Gun lobby legislators are pushing HR 367, a bill lifting restrictions on the sale of firearm silencers at the federal level. Donald Trump Jr. is publically supporting this move that will pour buckets of money into gun manufacturers’ bank accounts.  Ironically, the bill is called the Hearing Protection Act and is being framed as a public health issue. (SMH – shaking my head.)

Illinois:
During the lame duck session of the 99th General Assembly, the gun lobby and their bosses descended on Springfield in hopes of passing a bill allowing silencers on all guns in Illinois. G-PAC and Illinois Gun Violence Prevention Coalition members were on hand to play defense and successfully prevented passage of the bill. Thank you to everyone who made a call, sent an email or made an office or Springfiled visit. You made a BIG difference.

The battle continues. The bill has been renumbered and filed in the new General Assembly as SB 50. The chief co-sponsors are William Haine, SD 56 and Neil Anderson, SD 36. Click on their names to contact them. We will keep you updated on the bill status and the elected officials who support and oppose this dangerous legislation. With the threat of the federal roll back on restrictions, it is critical we stop this legislation at the state level.

The incoming administration has made promises to 1) eliminate gun free zones everywhere and 2) enforce mandated reciprocity nationwide for conceal and carry holders. This means people from states where permits are not required to conceal and carry will be allowed to enter Illinois with their concealed loaded handguns. The following Illinois representatives have sponsored HR 38, the Conceal Carry Reciprocity Act of 2017: Adam Kinzinger, CD 16, John Shimkus, CD 15, Mike Bost, CD 12, Rodney Davis, CD 13 and Randy Hultgren, CD 14. You can find their phone numbers here.

If you are planning on attending the march this Saturday in Chicago, you can meet up with our friends and allies of the Illinois Gun Violence Prevention Coalition who will be united in their fight against unregulated silencers, gun free zones and mandated conceal and carry reciprocity. Email me for the meet up location at kathleen@gpacillinois.com.

Last night, President-Elect Trump’s Education Secretary nominee, Betsy DeVos testified guns in schools may be necessary to protect students from grizzly bears. I can’t make this up. Read it here.

We have our work cut out for us but we never back down from a fight to save a life. The battle for safe communities is at the state level now more than ever. You can count on us to hold our elected officials accountable to support responsible gun safety legislation.

See you Saturday. Please donate here to keep us working.